Schedule Some Time with The Deuce 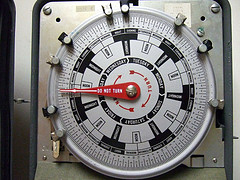 In this installment of our series on getting started with Immutant 2, we'll take a detailed look at the API of our library for scheduling jobs, and show a few examples of usage.

If you're coming from Immutant 1.x, you'll notice that the namespace and artifact have been renamed (what used to be immutant.jobs and org.immutant/immutant-jobs is now immutant.scheduling and org.immutant/scheduling), and the API has changed a bit. It's still based on Quartz 2.2, though.

At first glance, the API for immutant.scheduling appears bigger than it really is, but there are only two essential functions:

The remainder of the namespace is syntactic sugar: functions that can be composed to create the specification for when your job should run.

For each key there is a corresponding "sugar function". We'll see those in the examples below.

Units for periods (:in and :every) are milliseconds, but can also be represented as a keyword or a vector of multiplier/keyword pairs, e.g. [1 :week, 4 :days, 2 :hours, 30 :minutes, 59 :seconds]. Both singular and plural keywords are valid.

Time values (:at and :until) can be a java.util.Date, a long representing milliseconds-since-epoch, or a String in HH:mm format. The latter will be interpreted as the next occurence of HH:mm:00 in the currently active timezone.

Two additional options may be passed in the spec map:

In Immutant 1.x, a name for the job was required. In Immutant 2, the :id is optional, and if not provided, a UUID will be generated. If schedule is called with an :id for a job that has already been scheduled, the prior job will be replaced.

The return value from schedule is a map of the options with any missing defaults filled in, including a generated id if necessary. This result can be passed to stop to cancel the job.

The following code fragments were tested against 2.x.incremental.119. You should read through the getting started post and require the immutant.scheduling namespace at a REPL to follow along:

We'll need a job to schedule. Here's one!

That was pretty useless. Without a spec, the job will be immediately called asynchronously on one of the Quartz scheduler's threads. Instead, let's have it run in 5 minutes:

And maybe run again every second after that:

We could also anticipate getting stupid bored about halfway through, and schedule another job to cancel the first one:

Of course, you can bring your own job id's if you like:

If a job is successfully canceled, stop returns true.

Ultimately, the spec passed to schedule is just a map, and the sugar functions are just assoc'ing keys corresponding to their names. The map can be passed either explicitly or via keyword arguments, so all of the following are equivalent:

If you're using the clj-time library in your project, you can load the immutant.scheduling.joda namespace. This will extend org.joda.time.DateTime instances to the AsTime protocol, enabling them to be used as arguments to at and until, e.g.

It also provides the function, schedule-seq. Inspired by chime-at, it takes not a specification map but a sequence of times, as might be returned from clj-time.periodic/periodic-seq, subject to the application of any of Clojure's core sequence-manipulating functions.

When defining complex recurring schedules, this presents an interesting alternative to traditional cron specs. For example, consider a job that must run at 10am every weekday. Here's how we'd schedule that with a Quartz-style cron spec:

And here's the same schedule using a lazy sequence:

So each has trade-offs, of course. The cron spec is more concise, but also arguably more error-prone, e.g. what is that ? for!?

One very cool thing about the sequence is that I can test it without actually scheduling it. On the other hand, my cron spec test is going to take more than a week to run! ;)

As always, we'd love to incorporate your feedback. Find us via our community page and join the fun!

Thanks to Phil Hart for the image, used under CC BY-NC-SA